Arty with a Capital F and the Myth of Absinthe 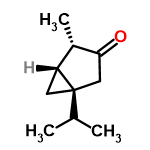 I’ve got a bottle of absinthe, at the back of a shelf in our store-cupboard. Unopened this bottle of green uber-liquor languishes untested awaiting an appropriate occasion when a drink containing 70 percent alcohol (140 proof) is required. It’ll probably be the day our cat dies…

Anyway, while my bottle languishes, new research suggests that the psychedelic mythology surrounding this exotic green aperitif and its purported mind-altering effects are due to nothing more than the high concentration of alcohol, plain, old EtOH like you find in wine, beer, and spirits.

The likes of van Gogh, Degas, Toulouse-Lautrec and Picasso quaffed large quantities of the stuff in the hope that its claimed hallucinogenic effects would enhance creativity. However, analysis of the contents of old bottles of the stuff by scientists in Europe and the US show that there were no psychotropic agents contained in the spiritual brew. Moreover, they found negligible quantities of thujone, a bicyclic compound with a three-membered ring that was widely believed responsible for absinthe’s effects. The results are detailed in the mid-May issue of the Journal of Agricultural and Food Chemistry.

The results brought to mind a high-school dance, when one particularly boastful and eccentric classmate (named Keith) was duped by some older boys into smoking common or garden tea leaves in the mistaken belief that they’d given him a spliff and then swaggered brazenly around the school hall under flashing disco lights claiming everything was, “Sooooo cooooooo, maaaaaan! I can almost picture van Gogh swigging the green grog, slicing off an ear and being endowed with a similar swaggering disposition (albeit in Dutch and with a large wad of surgical dressing pressed to the side of his head).

Absinthe took on legendary status in late 19th-Century Paris among bohemian artists and writers. They believed it expanded consciousness with psychedelic effects and called it the “Green Fairy” and the “Green Muse”.

The laboratory tests, unfortunately for Bohemians everywhere, found no compound other than ethanol that could explain absinthe’s effects nor its potent toxicity. “All things considered, nothing besides ethanol was found in the pre-ban absinthe samples that was able to explain the syndrome of absinthism,” the researchers say. And, there I was hoping for a good drowning of sorrows when our cat has used him his full nonet of lives.