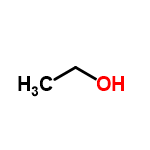 Bioethanol, or strictly speaking cellulose-derived ethanol is fast becoming the front-runner in efforts to reduce our reliance on oil. There are problems associated with its production, not least issues of water supply and the environmental impact. The high production cost remains one of the biggest obstacles.

Now, researchers at Baylor University have identified forty different compounds formed in the pre-treatment step when making cellulosic ethanol that could be responsible for inhibiting the fermentation process, their elimination might reduce overall production costs and make this form of biofuel more economically viable.

“We screened for forty compounds, like phenols and organic acids, and they were all present,” said Kevin Chambliss, “We chose these particular compounds because they are believed to be inhibitory, but other compounds could be involved too.”

While conventional ethanol and cellulosic ethanol are essentially the same product, the two are made from different feedstocks. Conventional ethanol is produced from grains such as corn and wheat. Cellulosic ethanol is made from the non-food portion of many agricultural wastes. One of the more common wastes used is corn stover, which are the stalks and residue left over after harvest. Researchers said there has been a recent emphasis on learning more about cellulosic ethanol because agricultural wastes are mostly an untapped resource.

“If you can identify a pre-treatment condition that maximizes sugar production, yet minimizes inhibitor production, that could increase efficiency better than just removing the compound,” adds team member Peter van Walsum. The team will be testing softwood feedstocks, such as Dougas fir trees next.