Cocaine in a can 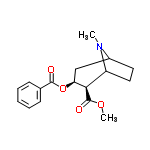 Despite appearances, anyone hoping to get some kind of a buzz from a soft drink marketed as “Speed in a Can,” “Liquid Cocaine” and “Cocaine – Instant Rush”, will get nothing more than a potentially harmful spiking of their blood sugar concentration and a dash of the stimulant caffeine. The soda in a red can with an almost familiar logo, actually contains no illicit drugs and is supposedly marketed only as an energy drink and food supplement. The product has been sold since August 2006 in at least a dozen US states, but has come under attack from the FDA (Food and Drug Administration) and was this week pulled from supermarket shelves.

The FDA website shows the full warning letter sent to manufacturer Redux Beverages LLC of Las Vegas, which outlines how the marketing for this product is in breach of several US laws. According to the original Redux website, the drink “Cocaine is marketed as an alternative to an illicit street drug, and certain ingredients contained therein are intended to prevent, treat, or cure disease conditions.” All such claims are illegal under US law. One claim in particular seems to suggest that there is more to “Cocaine” than meets the eye: “This beverage should be consumed by responsible adults. Failure to adhere to this warning may result in excess excitement, stamina, . . . and possible feeling of euphoria,” it says. But, which company would be so stupid as to suggest that its soft drink contains actual cocaine? Of course, it is no urban legend that the original formulation of an older soft drink today bought in red cans with an all too familiar logo did indeed contain said illicit pharmaceutical, but is no longer used.

Clegg Ivey, a partner in Redux is on record as saying, “We like to think we have a great sense of humor…And our market, primarily folks from ages 20 to 30, they love the ideas, they love the name, they love the whole campaign. These are not drug users.”

They really love it, do they? What could be lamer than a bunch of deluded twenty and thirty somethings who do not use cocaine, imbibing a soft drink marketed as “liquid cocaine”? I can almost see a big “L” for loser hovering in front of their foreheads as they chug the stuff.