Solid science has to underpin any environmental initiatives, both governmental and corporate, that claim to address energy, emissions, and climate change issues, RSC boss Richard Pike says, and we must teach teenagers how to spot the climate clangers now. 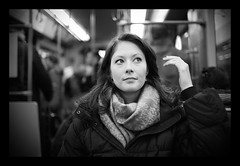 First, Brits are being encouraged to drive five miles less each week. But a back of an envelope calculation shows that this will reduce the UK’s carbon footprint by just 0.3% not the significant amount the government claims.

“Each car travels around 10,000 miles a year, or 200 miles each week, so that the reduction in fuel is about 2.5%. However, passenger cars represent only around one-eighth of the country’s carbon footprint, which accounts for the very small overall saving,” Pike explains.

A second example is the manufacture of gas-to-liquid (GTL) kerosene from natural gas for air transport. This will reduce sulfur and particulate emissions, but the process is incredibly energy-intensive.

“Typically, for every tonne of carbon dioxide emitted by a plane, another 0.7 tonnes rises over the Middle East where the GTL fuel is made, so that the total global effect is over one and a half times the emissions of conventional jet fuel,” points out Pike.

Thirdly, average tailpipe emissions of carbon dioxide from new vehicles are to be capped at 130 grams per kilometre (g/km) from 2012. But, for manufacturers to plan their models and production lines, electric cars will be deemed to have zero emissions, even if (as in the UK) most of the electricity used will have been generated from fossil fuels.

Claims for the green credentials of all three examples of green initiatives, and there are many others are often folly. Initiatives must be assessed across the whole life cycle and across all energy and resource inputs and outputs. Pike adds that political decisions made with inadequate scientific or behavioral evidence will inevitably lead to unintended consequences. The same perspective should be applied to the talks in Copenhagen. Let’s just hope they’ve got a team of scientific advisers willing to stand up to the political shenanigans.

Ironically, as plans to maintain Silverstone as the home of the British motor racing Formula 1 Grand Prix and a major guzzler of gas talk of a seventeen-year deal, might we expect the politicians in Denmark to take such a long view?

“Without the right direction and regulatory framework, backed by an understanding of the science and non-science issues, vested interests will continue to provide solutions, unchallenged, over the forthcoming decades that seem persuasive but are actually unsustainable or have little impact.