Diagnosing Disease With a CD Player 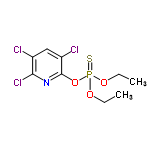 Years ago, I wrote about the lab-on-a-CD concept (actually it was in the September 2001 issue of Reactive Reports). Now, it seems the use of CD-ROMs and DVDs and the hardware used to play these popular audio and video compact discs (CDs) is coming of age in terms of home health monitoring and laboratory-based testing. Spanish scientists say CD technology could be adapted for tests ranging from the measurement of environmental toxins to at-home disease diagnosis.

Angel Maquieira and colleagues at Valencia Polytechnic University, Spain, have developed a CD with an immunoassay surface coating that can detect three pesticides, 2,4,5-TP, chlorpyrifos, and metolachlor, when samples are placed on the disc. By spinning the disc in a CD player the standard laser light can “read” the chemistry of the bound pesticides and a computer interpret the changes in laser intensity to identify them.

“The obtained results show the enormous prospective of compact discs in combination with CD players for multiresidue and drug discovery applications,” the researchers say. They are now improving sensitivity and versatility.