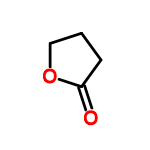 According to a recent report in Wired, agents at the FBI labs in Quantico, Virginia, have discovered that chilled samples of urine can spontaneously produce the drug GHB (gamma butyrolactone), commonly known “liquid E” and a well-known date-rape drug involved in an increasing number of what the FBI terms “drug-facilitated sexual assaults”, or DFSA. However, certain observers suggest that the while GBH is infamous its use in DFSA is far less common than law-enforcement agencies would have us believe; alcohol is a much guiltier party in DFSA than any other substance. The findings, based on GC-MS (gas chromatography-mass spectrometry) suggest that suspects could give a false positive result even in the toughest FBI forensic test.

Writing in the journal Forensic Science International, the FBI team, lead by Marc LeBeau, explains that, “Our study suggests in vitro production of GHB may increase the apparent GHB concentrations in urine during storage. To minimize this production, it is suggested that urine specimens be maintained in a refrigerated or frozen condition and analyzed as quickly as possible. This is particularly important, because GHB analyses are relatively infrequent requests in many laboratories. Therefore, specimens are likely to be stored for some extended period of time before the analysis is carried out.”

Earlier studies had hinted at increasing concentrations of GHB, GBL, or 1,4-BD in the urine of abusers of these comppunds. “It is generally accepted that urine is the most valuable specimen in DFSA cases,” explains LeBeau, “and that 10 micrograms per milliliter be used as the cutoff concentration to differentiate between endogenous and exogenous GHB in urine.”

The FBI team admits that it does not yet know what causes increasing concentrations of GBH in urine samples. It could be microbial activity, but it is probably not straight putrefaction. “Whatever the cause of these small artificial increases in endogenous GHB [in urine samples], the modification is likely driven by time, temperature, and/or changes in pH,” they say. But, also in taking the wind out of Wired’s sails, not only is GBH not considered a date-rape drug, the FBI team adds that, “It should also be noted that none of the samples in this study ever exceeded the recommended urinary endogenous GHB cutoff of 10 micrograms per milliliter.