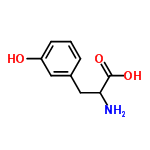 No, it’s not another scare story about the dangers of illicit drugs, even if you don’t inhale. Researchers at Cornell U have discovered that at least one strain of common or garden grass, fescue grass to be precise, produces its own herbicide to prevent weeds growing in your lawn.

Frank Schroeder of the Boyce Thompson Institute for Plant Research at Cornell has identified an amino acid, meta-tyrosine, or m-tyrosine, produced by these lawn grasses and exuded from their roots in large quantities, which act as natural herbicides. It was colleague Cecile Bertin now research director for PharmAfrican, a Montreal-based biopharmaceuticals company, who made the initial discovery that fescue grasses inhibit plants from growing around them. The identification of m-tyrosine could lead to novel natural product garden herbicides. While m-tyrosine itself is too water soluble to be applied directly as a herbicide a less hydrophilic analog might be developed that could keep your lawn weed free, naturally.

In our household, lawn weeds are the least of our worries and I wish they would engineer a new strain of grass that prevents labrador puppies from urinating on the grass and leaving brown patches of dead turf.