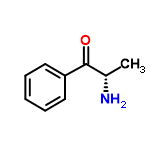 Once again, the BBC is reporting on herbal highs. This time, it tells us that while most legal high pills are based on a group of drugs called piperazines, of which BZP (benzyl piperazine) is the most common and will be banned in the UK under a European directive, it is cathinone, the active ingredient in the plant khat, a widely used stimulant in East Africa that is the focus of today’s news. Cathinone is beta-ketoamphetamine.

Although so-called “legal highs” are marketed as a safe alternative to illegal, classified drugs, they are not without risks. “A high heart rate, high temperature, high blood pressure, and more severe effects such as heart attacks and strokes,” can happen, consultant toxicologist Paul Dargan, clinical director of the Guy’s and St Thomas’ Poisons Unit London, told the BBC.

Worryingly, there various legal herbal highs available that claim not to contain the likes of BPZ, but toxicologists frequently find these potentially lethal compounds in such products.

There a dozen compounds being black-marketed widely, the law hasn’t caught them all yet, but, says the BBC, legal doesn’t mean safe.