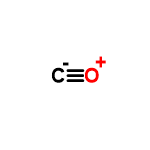 Astronomers have detected for the first time in the ultraviolet region the spectroscopic signature of the carbon monoxide molecule in a galaxy located almost 11 billion light-years away. This molecule has eluded astronomers for a quarter of a century.

The detection now allows them to obtain the most precise measurement of the cosmic temperature just 1.5 billion years after the Big Bang (give or take 25 years). The team used the UVES spectrograph on ESO’s Very Large Telescope (it does what it says on the tin) to record the signal from a well-hidden galaxy whose light has taken 4 fifths the age of the Universe to reach Earth. Apparently, it was at a rather balmy (compared to today’s temperatures) 9-and-a-bit Kelvin.