Melanotan Suntan in a Syringe 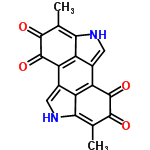 What is safest? (a) The risk of daily and then weekly injections of an untested compound targeted at activating your pigment cells to give you an all-over suntan without having to spend time in the sun or on a UV sunbed or (b) The great outdoors and a healthy approach to sun exposure?

For a group of delightful young women in Northern England, where the sun shines strongly only rarely I can tell you having grown up there, the answer was obvious – (a) the regular injections.

But, what are they injecting daily for a week and then weekly thereafter? What is this compound that stimulates a higher than normal skin pigmentation level and gives the young women the appearance of having just returned from a fortnight lounging by the pool somewhere much warmer and sunnier than oop north? Well, it is called Melanotan and it’s illegal in the UK, i.e. it has not received approval from the medical authorities. It is nevertheless, being sold illegally over the internet and in some tanning salons and body building gyms.

So, is it worrying is that melanotan has not gone through the full gamut of safety tests required of pharmaceutical products, and yet the young women seem unconcerned when confronted with that fact in the following BBC news video clip.

There is the possibility that it is perfectly safe and if not perfectly safe then safer than ultraviolet tanning beds, and according to cancer charities possibly a whole lot safer than chronic sunbathing. The Medicines and Healthcare products Regulatory Agency (MHRA) has said that injecting Melanotan could have serious side-effects. But, given that full clinical trials have not yet been completed, they could just as easily have said that it could have no serious side-effects.

Melanotan purportedly boosts the body’s production of melanin, the natural pigment produced by the skin on exposure to the sun’s ultraviolet rays. To be honest, to my eye, none of the young women in the video even looked particularly tanned.

Apparently, there are two versions of the injectable suntan – melanotan I and melanotan II and both are analogs of the naturally occurring peptide hormone alpha-melanocyte stimulating hormone. I’d certainly never consider injecting with any hormone except under doctor’s orders and certainly not for the sake of getting an artificial tan. If the health experts are right and there are safety problems with melanotan, then who’s to say these girls aren’t putting themselves at risk of some nasty effects, melanoma in a syringe, perhaps?

But, like I say, I much prefer the great outdoors and a sensible attitude to sun exposure. (Oh, except for that time I got burnt on that warmer and sunnier fortnight).